Coca-Cola taps digital signage to find out ‘What’s in a Name?’ in Times Square

Coca-Cola took seeing your name in lights to a whole new level earlier this year with a digital signage deployment in Times Square.

The deployment was limited to Times Square, though, as people around the globe could tweet their names to Coke to have them shown on a digital billboard twice the size of a double-decker bus in the Big Apple – and also have a photo of their name up on the billboard tweeted back to them.

“What’s in a Name: Times Square” let people tweet their first name to a dedicated campaign hashtag — #CokeMyName — which generated a “personalized story” about the name that would appear on a digital signage screen above Times Square. A camera then snapped an image of that story and tweeted it back to the user. The stories about people’s names included “fun facts, the meaning behind names and snippets of trivia,” according to Posterscope Associate Director Sarah Podziomek.

“‘What’s in a Name’ is an evolution of the hugely successful ‘Share a Coke’ campaign,” Podziomek said. “We want to celebrate the meanings stories and things you didn’t know behind each of our names.”

While people in Times Square could be there to see their name up in lights — and the Google-generated tidbits of data about their name — an important part of the deployment was its social element, which allowed anyone to tweet at the screen and get a tweet back with an image of the billboard and their name, Sean McCaffrey, Clear Channel Outdoor’s SVP of national client strategy and partnerships, told AdWeek. 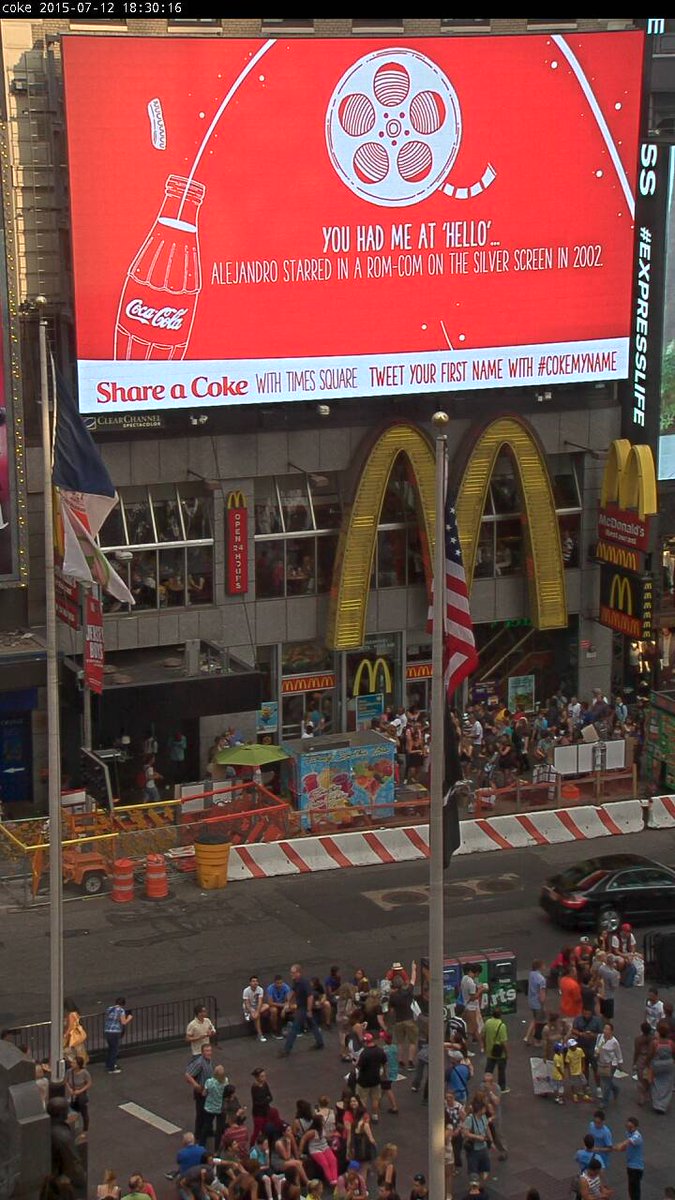 “That potentially then seeds more social sharing amongst your Twitter followers [and] social impressions,” McCaffrey said in the AdWeek article on the deployment. “It’s the interesting convergence of the mobile, digital and physical worlds.”